Gold has tallied its 4th straight session gain, continuing its rally last week, which saw the price of the precious metal reach its highest in more than seven years.

Gold’s latest run is spurred by cash injections to mitigate the severe impact of covid- 19 on the global economy. Governments worldwide are signing off on massive stimulus measures on top of the near-zero rates and quantitative easing in hopes of jump starting businesses.

Evercore ISI’s Ed Hyman said as many as 285 stimulus measures have been announced around the world in the past eight months, the most ever by a wide margin.

In the US alone, a historic $2 trillion stimulus package was recently approved by President Donald Trump to help the nation fend off the crisis.

Some of the money must go somewhere, including a “trickle-down effect” on investments, and gold has historically been a safe haven asset investors pile in on in times of uncertainty.

According to Frank Holmes, CEO of US Global Investors, there is a “clear correlation” between the annual growth rate of M2 money supply in the US and gold performance. In times when money supply surged from the same period a year earlier, gold prices followed.

The last time gold touched an all-time high of $1,900 was in 2011, when the M2 money supply growth soared above 10% year-over-year. Currently, money supply growth is sitting at 12%, and it could go even higher depending on the covid-19 situation, analysts at US Global Investors said.

“Liquidity conditions are challenging and market participants are understandably cautious,” Joni Teves, a strategist at UBS Group AG, said in a note Tuesday. “Gold’s journey has been quite bumpy so far, but given the macro backdrop we think the destination remains higher.”

Global gold-backed exchange-traded funds (ETFs) notched a new record high in the first quarter of 2020, with net inflows of 298 Mt or $23 billion, according to a report by the World Gold Council (WGC). That equates to the highest ever in US dollar terms for a quarter and the most in tonnage terms since Q1 2016.

The WGC expects the recent drivers of gold to persist, including “widespread market uncertainty and the improved opportunity cost of holding gold as yields move lower.”

“With the Fed taking interest rates to zero for the foreseeable future, gold could do well as it tends to outperform during easing cycles,” the Council said. “Multi-trillion dollar fiscal stimulus policies to combat the economic impact of covid-19 could prove inflationary –– a development that could support gold prices in the long run.”

“What you’re looking at is massive currency debasement in the long term. That’s the major reason why gold is higher, and I would think that over the next few weeks or months, we’re probably going to retest the high that we saw in 2011,” Hans Goetti, founder and chief executive officer of HG Research, told Bloomberg TV on Tuesday. 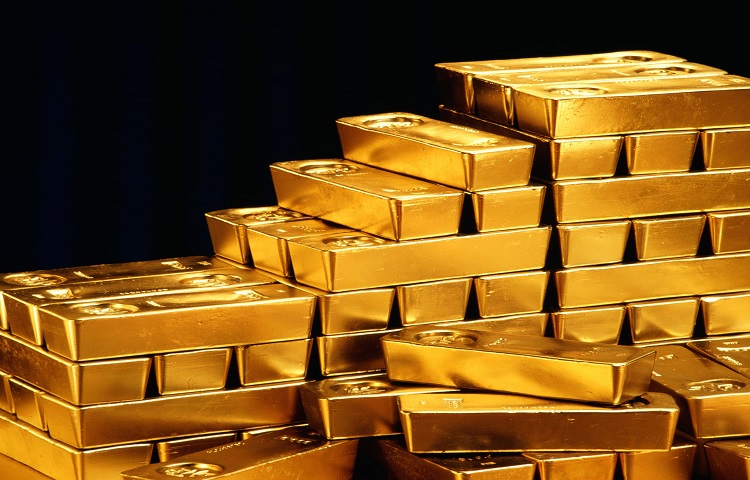