The stimulus package comes to some 10% of the country’s GDP, he said.

Speaking in a televised address to provide an update on a special Cabinet meeting held last week, Ramaphosa said R130 billion of the amount will be supported by reprioritising funds from South Africa’s existing Budget, with Finance Minister Tito Mboweni set to announce the adjustment budget in due course.

The rest would need to be funded externally, the president said, with organisations such as the World Bank, the Brics Bank and the International Monetary Fund having been approached.

While existing measures have been giving relief to many companies and workers, “it is clear that there is a far greater need across the economy”, Ramaphosa said.

A further R200 billion loan guarantee scheme will be introduced in partnership with major banks, National Treasury and the South African Reserve Bank to help companies with operational costs, salaries, rent and supplier payments, among other things.

A R50-billion boost for grant recipients

An additional special Social Relief of Distress grant of R350 per month will be available for the next six months to those who are unemployed and not receiving other forms of grants or UIF payments.

The pandemic has led to many people losing their jobs, the president noted. To date, the Unemployment Insurance Fund’s Covid-19 Benefit has already paid out R1.6 billion, assisting over 37 000 companies and thousands of workers, Ramaphosa said.

However, an additional R100 billion will be set aside to protect and create jobs, he added.

Government will also continue to give assistance in the form of loans, grants and debt restructuring to small businesses, spaza shops and other informal businesses, which have been given R100 million so far, he said.

A range of tax relief measures will be introduced to lift pressure on businesses and individuals, the president said. Mboweni is expected to provide further details at a later stage; however, for now we know that a four-month holiday will be granted for companies’skills development levy contributions; VAT refunds will be fast-tracked; and a delay will be granted for the filing and payment of carbon tax.

Businesses will also be given some relief measures, including an increase in the turnover threshold for tax deferrals to R100 million per year, while the proportion of PAYE payments that can be deferred will be increased to 35%. Moreover, no penalties will be applied for late payments if taxpayers can show they were disadvantaged by the coronavirus pandemic.

Lastly, taxpayers who donate to the Solidarity Fund will qualify for a tax break.

Municipalities will get a boost in the form of an additional R20 billion in funding for emergency water supply to assist sanitation, as well as public transport, and providing food and shelter for the homeless.

The president expressed concern over food security. “We have recognized that the food distribution capacity of government is not adequate to meet the huge need that has arisen since the start of the epidemic,” he said.

Within the next few days, a tech-based system will be rolled out to provide food – via vouchers and cash – to those who need it most. Furthermore, the Department of Social Development is working with NGOs, the Solidarity Fund and others to distribute 250 000 food parcels across the country in the next two weeks.

Anyone found guilty of corruption in the distribution process would face severe consequences, he warned.

In the past few weeks, R162 million in financing from the IDC has been approved to support companies for the procurement of personal protective equipment, Ramaphosa said. 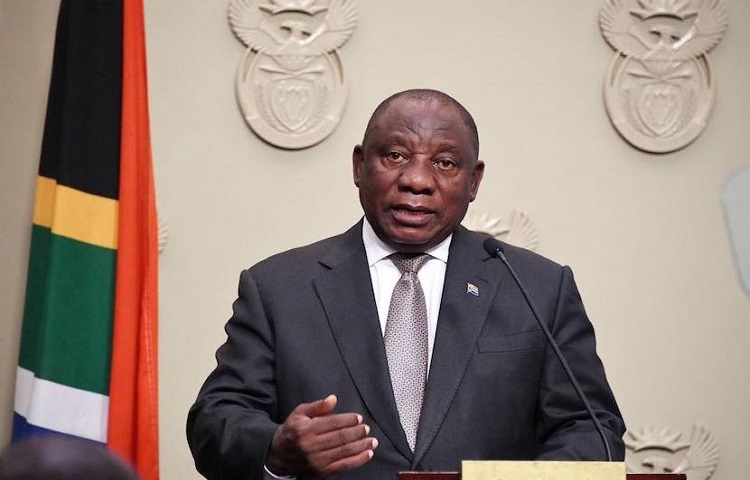