Not long ago some SA miners were struggling, but in a post-Covid world their recovery might not be too painful

As SA jumps into action to contain Covid-19, huge economic fallout is inevitable. But SA’s hardy mining sector looks likely to emerge from the crisis in better shape than most.

As the nationwide lockdown took effect on Friday, most mining operations, with the exception of some in essential coal, iron ore and other production, were shuttered. But Thishan Govender, equity analyst at Truffle Asset Management, says the miners on the JSE will survive, though at reduced levels of profitability until the crisis passes.

After a four-year commodity bull market, paired with disciplined capital-allocation and cost-cutting exercises, most major miners find themselves with little, if any, debt, giving them the ability to withstand the crisis, Govender says.

Etienne le Roux, another equity analyst at Truffle, notes that SA’s platinum miners, which were once teetering on the edge, are now in a net cash position, providing them with “exceptional liquidity”.

Despite Moody’s slashing SA’s sovereign credit rating to junk last week, the macroeconomic factors, at least in the short term, are also in mining’s favour, with the rand at ultra-weak levels of about R18 to the dollar – good news for a sector that incurs cost in rands and gets revenue in dollars.

Peter Major, director of mining at Mergence Corporate Solutions, does not see a three-week shut-down as a “big deal”.

“I don’t want to downplay the challenge, but they’ve been through tough times and have handled it pretty well,” he says.

Mining companies have, for example, survived strikes far longer, with some stretching up to five months at a time.

Major says mining has, over the past three decades, faced adversity on all sides — from the government, communities, Eskom and unions. “I think our mining companies, for once, have it better than most. Not accidentally, though. Our guys earned their [stripes]. The ones standing now are strong and can handle adversity,” he says.

While it is expected that some smaller miners are at risk of falling over as a result of the crisis, the Minerals Council SA says tax and other statutory fee holidays may assist companies in need.

So, on balance, SA mining is likely to get through the crisis — but what happens thereafter?

“While mines do factor in losses from strikes or power cuts and the like, this is over and above all of these factors,” he says. “There are so many marginal mines already and mining companies are always under pressure to downsize. Our concern is that they now have a reason to retrench.”

Govender says that, while there might be pockets of cost-cutting and restructuring in uncompetitive assets, “most of the asset base of our listed companies are generally cost-competitive globally”.

Le Roux says that in the case of gold and platinum miners, the prices of their commodities are extremely high, “so all miners will generate excessive cash flows when they get back to business-as-usual”.

While supply disruptions of platinum group metals from SA usually cause global prices to rise, Le Roux says short-term demand outlook is still unknown, as many global vehicle manufacturers are shutting plants in response to the pandemic. He feels good about gold, given “all-time-low global interest rates, increased levels of debt globally, as well as the economic impact that is still to be felt around the world for a while to come”.

Peter O’Connor, metals and mining analyst at Australian-based Shaw & Partners, says the commodities with the brightest prospects are those critical for steelmaking — iron ore, coking coal and manganese. “That demand comes from China, as it ramps back up. It matters to countries like Australia, Brazil and SA.”

The Minerals Council, however, does not have a rosy outlook for the future. Though the weak rand provides a short-term benefit, its chief economist, Henk Langenhoven, says SA’s credit rating downgrade will ultimately have a significant influence on investment in equities and the cost of borrowing, both of which will affect fixed investment in mining.

“The downgrade, paired with the Covid-19 lockdown in SA and the [effect] on world markets for SA-mined commodities, will have a substantial impact on the sustainability of mining companies”, he says. 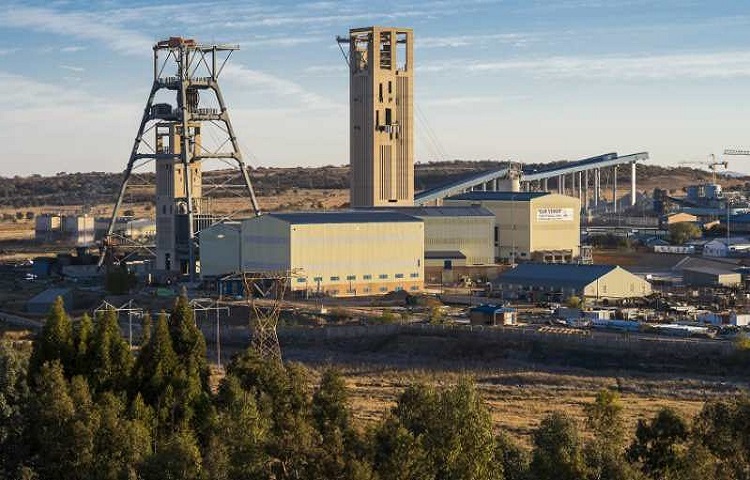