Johannesburg – South Africans will finally be able to leave their homes come the end of April after President Ramaphosa on Thursday night announced an easing of the national coronavirus lockdown which has been in place since late March.

The announcement means that from May 1 the stringent lockdown regulations that has meant that only essential workers were able to leave their homes will now be relaxed.

April 30 will be the last day of the strict lockdown measures, but from May 1, South Africa will enter into a partial lockdown on Level 4 of the country’s risk adjusted strategy.

The president said when the lockdown is lifted on Friday, May 1, it would resume on Level 4 of the country’s risk adjusted strategy. Level 4 means some activities will be allowed to resume, but it is still a fairly strict measure as compared to Level 1, which means a resumption of life as ‘normal’.

Alert Level 4 means extreme precaution should continue to be adhered to limit community transmissions and outbreaks, while allowing some activities to resume.
Addressing millions of South Africans, Ramaphosa said South Africa had undertaken strict lockdown measures to save tens of thousands of lives in the country.

He said there was clear evidence that the lockdown had worked and that it had slowed the progression of the Covid-19 pandemic in South Africa, but the country had to get working again.

He also mentioned that the World Health Organisation had commended South Africa for its swift action against the spread of the virus, as the country relied on scientific data and advice to make the decision.

“Lockdown cannot be sustained indefinitely, our people need to eat,” said Ramaphosa in announcing the end of the lockdown.

He said people had to wear cloth masks when they were in public and also announced that government would be lifting the ban on cigarettes, but shebeens and bars remained closed. Gatherings had to be below 10 and people were still urged to work-from-home, where it was possible.

Ramaphosa warned that there was still much they did not know about the virus in South Africa and that people would still be required to adhere to social distancing and good hygiene practice.

He said the abrupt lifting of restrictions could cause chaos and they were averting that by using a staggered approach to return to normality.

Ramaphosa again thanked South Africans for staying home and adhering to the strict lockdown in the past month and said the sacrifices that had been made, were done so that people could enjoy freedom and prosperity in future.

“Do not give up now, remain united, continue to stay home, stay safe,” said Ramaphosa.

Earlier this week, Ramaphosa unveiled a R500bn economic and social relief package in response to the deadly coronavirus that has shuttered the economy and seen millions of people lose their incomes.

The response he announced on Tuesday includes R100bn to protect and create jobs, R50bn in temporary social relief, R40bn for the health response and emergency water supply, increased sanitisation of public transport and facilities, food and shelter for the homeless.

Ramaphosa also secured a R200bn loan guarantee scheme with major banks, the National Treasury and the SA Reserve Bank to cover companies’ operational costs such as salaries, rent and payment of suppliers. 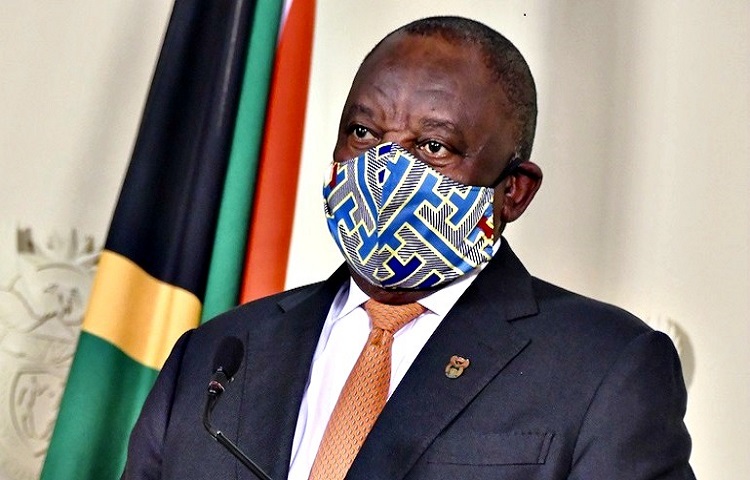