Canada’s Kinross Gold (TSX:K) (NYSE:KGC) has reached an in-principle deal with the government of Mauritania, which the company says will better balance the interests of both parties involved in the Tasiast gold mine.

Under the terms of the agreement, Mauritania would provide Kinross with a 30-year exploitation licence for Tasiast Sud, granted with expedited permitting and the possibility of early mining.

It could also see the comeback of a tax exemption on fuel duties and Kinross receiving nearly $40 million back in outstanding tax refunds, to be paid by 2025.

Kinross, in turn, would make a $10 million payment to the government after completion of definitive agreements around fuel and tax issues.

It would also pay Mauritania another $15 million to resolve disputed matters related to the miner’s prior application to convert the Tasiast Sud exploration licence into an exploitation permit.

The deal, chief executive Paul Rollinson said, is a further sign of a “positive” foreign investment climate in the west African nation.

The Tasiast open-pit mine, located in northwestern Mauritania, about 300 km north of the capital Nouakchott, produced 391,097 gold-equivalent ounces in 2019. The figure was significantly higher than the 250,965 ounces it churned out the year before.

Kinross is in the midst of an expansion at Tasiast, which aims to increase throughput by more than 50%, for an initial capital cost of $150 million.

The project will incrementally increase throughputs to 24,000 tonnes a day by mid-2023, up from the current 12,000 tonnes per day range. It will also extend the mine life four years, to 2033. 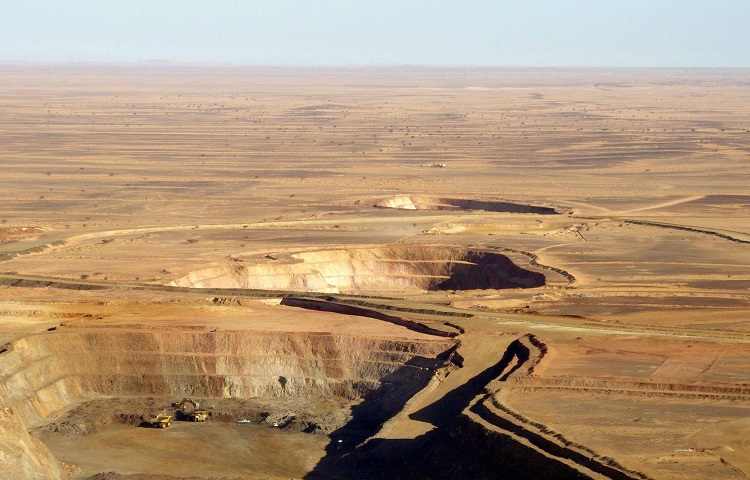